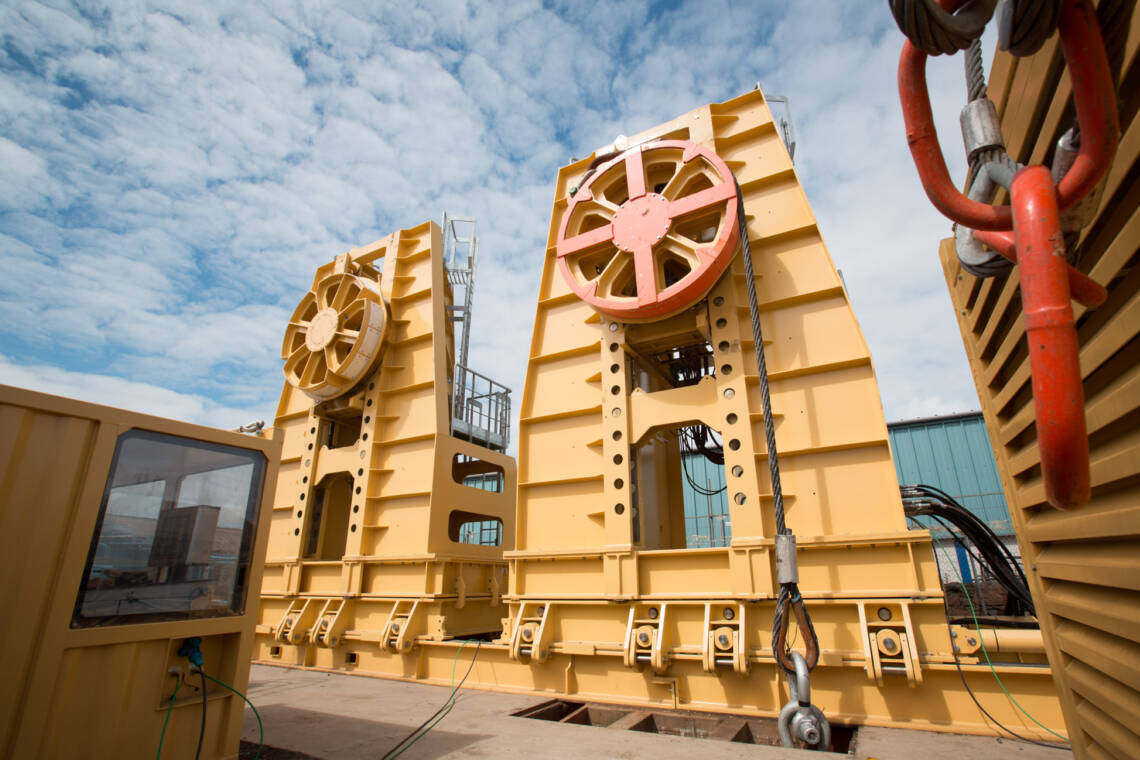 The latest addition to Maritime Developments’ hire fleet has successfully concluded its first mission - two years since delivery to its original client.

The equipment in question is a 400-tonne reel drive system, originally purchased by Ceona Offshore. Although delivered to client in mid-2014, the system remained on MDL’s premises, where it awaited mobilisation onboard the client’s new-build deepwater field development vessel.

When Ceona went into administration in late 2015, MDL submitted a bid for the system in an auction conducted by the subsea contractor’s administrators, and secured the purchase in March this year.

Shortly afterwards, the RDS was deployed on its first ever mission - to install flexible risers and umbilicals in the UKCS.

Despite the nearly two-year shutdown, the system was fully operational upon launch with an updated software, developed by MDL engineers in-house.

The project successfully concluded at the end of June, at which point the RDS moved onto its next job, offshore Canada.

“We are extremely proud of this system, which stands testament to the quality engineering behind our equipment, and the value of our durable design.

“Although recently our third-generation RDS has been gaining huge interest among operators, our second-generation systems are still a class above the traditional offering on the market, representing higher operational efficiency and safety, coupled with reducing mission time, and therefore campaign costs.

“This latest addition to our hire fleet has further strengthened our global service capabilities. Together with the second 4-track tensioner currently approaching delivery, it allows us to provide complete flex-lay spreads to projects in different global locations.”

The 400Te RDS was one of six delivered by MDL in the space of 20 months between 2014-15. It joined another 400Te system, and a new, third-generation 350Te system, as well as a 50Te 4-track tensioner and other back-deck equipment in the company’s hire fleet.

The Maritime Developments reel drive system is road transportable and can be reassembled on the quayside. It features automatic fail-safe clamps as well as an automated raising and lowering system which eliminates working at height, increasing the operational safety and reel mobilisation speed.

The system, available in 400-tonne and 500-tonne specifications, monitors torque on the reel ensuring that it is operated within its design limits, thanks to bespoke software developed in-house.